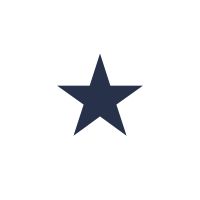 In fav.
Saved by

Sberbank and the Russian Venture Company (RVC, part of the Russian Direct Investment Fund, a sovereign fund of the Russian Federation) announce their intention to create a joint fund totaling $ 100 million to invest in technology and science-intensive startups.

As explained in the message of SberBank, investments will be made in startups located in the Russian Federation or planning to enter the Russian market in the near future. The parties plan to support the development of companies with the involvement of a wide network of international partners of RDIF and synergy with projects that are part of the Sberbank ecosystem.

“The creation of a fund for investment in startups at an early stage is the first step towards the implementation of the strategy of innovative development of the Russian Federation and the reform of development institutions, developed by the government of the Russian Federation. Previously, there was no such element of support and development of small innovative business in Russia. Together with RDIF, we want to create a culture of high-tech and knowledge-intensive entrepreneurship in Russia in order to grow unicorn startups that will be competitive on the world stage, ”says German Gref, President and Chairman of the Board of SberBank.