XVS cryptocurrency is a token of the Venus platform. Venus is an algorithmic protocol that generates the VAI stablecoin and allows investors to invest cryptocurrency at interest. Over the past three months, Venus has grown into a leader in the pharming market. Of the Top 5 pools in the Coingecko ranking, three are launched on XVS.

Venus allows you to invest money directly in cryptocurrency without selling it or exchanging it for some third-party token. Of all the pharming pools offering investments in BTC, BNB and ETH, this platform has collected the largest capitalization.

Since the project is completely decentralized, it needs its own token for voting, maintaining liquidity, and minting a stablecoin. This is XVS. The system motivates users to keep XVS and not sell. This is done by increasing the rate of return.

Let’s say if an investor invests USDT on Venus without third-party tokens, he receives a 3.43% annual return. If he keeps XVS at the same time, he will receive 8.15%. These are interesting bets with relatively little risk given that USDT is a stablecoin pegged to the dollar. The same goes for other cryptocurrencies. Therefore, XVS is not subject to panic sales and is rapidly increasing its capitalization. In January, the “cap” was about $ 5 million, in April it has already broken through one billion. 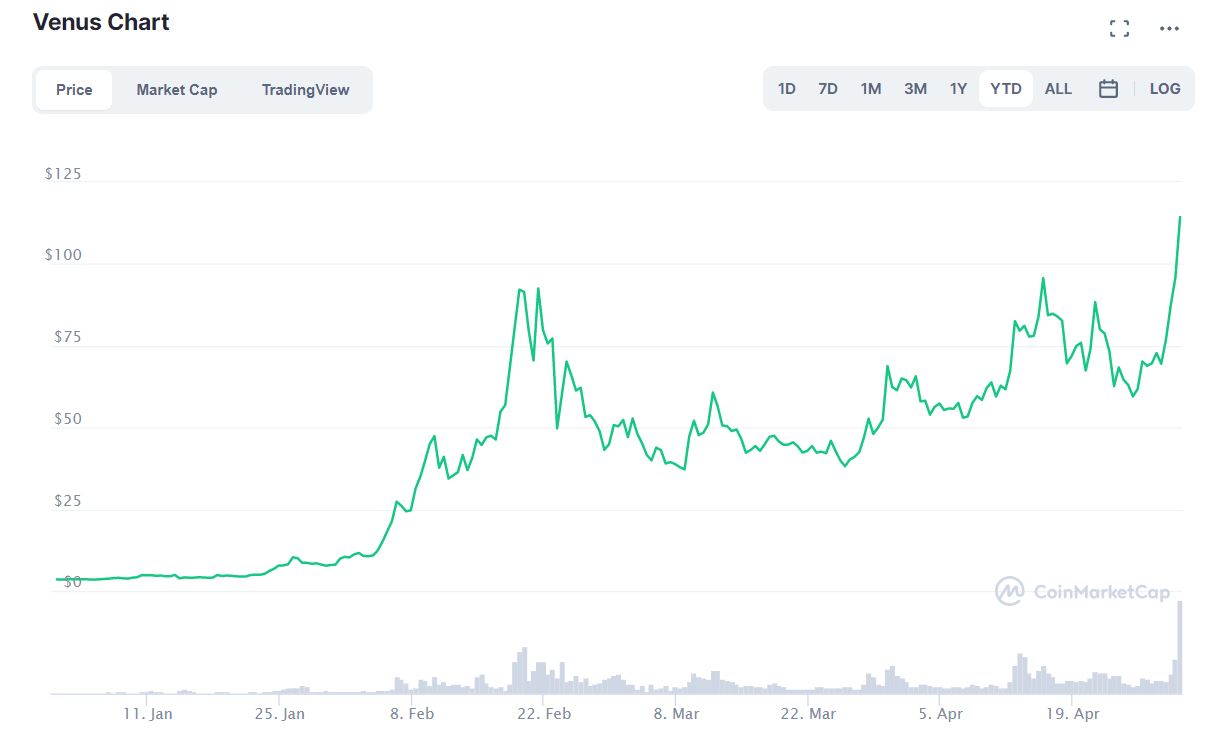 XVS has a limited supply of 30 million tokens. Venus has now surpassed competitors like AAVE and Compound in terms of holdings in the pool. Therefore, you can compare the price of 1 XVS token with competitors:

For AAVE and COMP, the potential emission is almost two and three times less, respectively. But Venus can attract bitcoins and ether, without converting to ERC20, in the form of WBTC and WETH, so this site is more attractive for the general market.

Given the motivation of the holders, as well as the fact that the creators of Venus do not have large volumes of XVS on hand to drain, we can expect this coin to grow at least half the AAVE, with proportional capitalization.

Author of the publication

Cryptocurrency PRIZM in 2021: scam or profit?